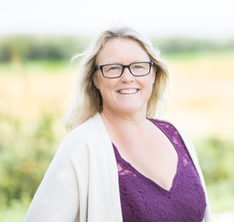 C T Karlsson was born in 1965 in Stockholm. She grew up in both Sweden and Mexico, but is nowadays living in the picturesque village of Glommen, on the west coast of Sweden, together with her husband and their four-legged friend, i.e. dogs, cats and horses.

Before her writing career took off, C T Karlsson worked with business development, coaching, diving and geology to name a few of her previous professions.

Her main recreational interest, which also takes up most of her spare time, is western horseback riding.

Chief Inspector Kajsa Rudolfsson and her colleagues at Falkenberg Police are, in a very short space of time, lumbered with two murders that they have to investigate.

Right next to the open-air stage in the popular outdoor leisure area "Vallarna", in the town of Falkenberg, they find a distorted, badly bruised and battered body of an older gentleman. Not only that, but the remains of a young woman are found on the beach of in the small fishing village of Glommen, just north of Falkenberg on the southwestern coast of Sweden. Could the two cases be linked in some obscure way?

In the middle of these investigations, Kajsa's closest colleague suffers a stroke. Resources are already stretched, which means Chief Constable Morales really has to use both his leadership skills and creativity to solve the situation.

How will Kajsa remain professional when the first victim is her friend's father? Will the Falkenberg Police be able to manage two murder investigations on their own?

In the idyllic coastal landscape, where beach meadows are tinged purple from the blooming thrift, the past is intricately

interwoven with the present.. History catches up with everyone that has tried to ignore or denounce it. In this location, love

conquers all, even the darkest of forces. 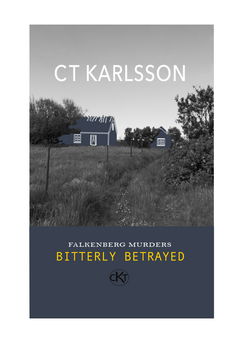 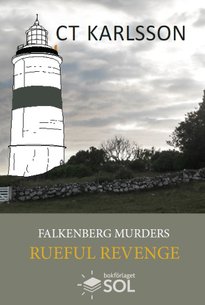 When two people accidentally bump into each other, a whole load of memories come flooding back. Memories that have been

carefully hidden away in the depths of one's mind and will now impact everyone's life significantly. A father of two is reported

missing to the Falkenberg police, an investigation is initiated and to start with it everything is pointing towards him disappearing voluntarily, i.e. that he has left his wife and child of his own free will.

Early one Sunday morning, in what looks like an accident, a deceased man is found by the foot of the lighthouse at Morups Tånge. In a sailing boat in the harbour, the owner of Glommen Marina discover something awful and all of a sudden, Chief Inspector Kajsa Rudolfsson and her colleagues have two tragic deaths to investigate.

Chief Constable Raúl Morales soon he has his hands full and Crown Prosecutor Ylva Isaksson is once again an integral part of his daily life. For better or for worse. The staff are also aware that the whole police organisation is being restructured, so the atmosphere at the office is somewhat apprehensive. Morales has quite a few decisions to make about the future and none of them is easy.

The idyllic setting of Falkenberg, with its beautiful coastline and summery landscape, is once more the scene of an enthralling, exhilarating and emotional tale.

What initially looks like a domestic accident is soon classed as murder. Further deaths are to follow and the police direct their attention towards the famous crime author, Arne Dahlqvist.

Crown Prosecutor Ylva Isaksson, who also happens to be former Chief Constable Raúl Morales' significant other, is one of the eight members in the test audience pre-read group and she is starting to notice certain connections, scary connections. Could she be in danger too?

As the investigation proceeds, Chief Inspector Kajsa Rudolfsson and her colleagues are struggling with a new manager, who seems to his own personal agenda. The tensions in the team lead to a period of storm and stress and with all the work on top of this, the Serious Crimes Unit in Halland County is certainly kept busy. But might there light at the end of the tunnel? 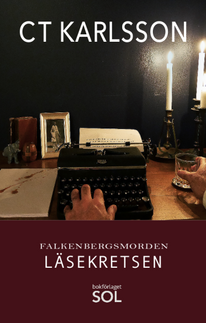 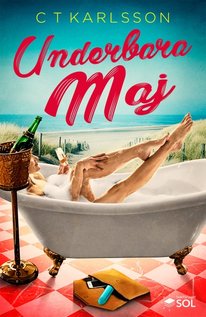 Maj Carrén finds herself sitting at her kitchen table one bleak October morning. She has taken a few knock-backs recently. Self-pity, lethargy and the end of the world as we know it is occupying most of her mind. Her body has swelled over the last few years, her knees suffer when they have to climb the stairs up and down to her flat every day and her desire to do things is simply not there anymore. Not even a spot of gardening can tempt her out of her hole.

Iréne is Maj's neighbour and utterly determined to not let her perish with grief. Her plan is to get Maj out of the house and give the fifty-something lass a bit of a makeover. They have known each other all their lives and have always lived next door to one another, but it will soon become apparent that Maj does not know all there is to know about Iréne.

The autumn proves to be intensely hectic. Maj gets to grip with the magical world of online technology and starts internet dating. She meets men who certainly know ins and outs of the female body, who put her pleasure before their own and who love her curves. As a new, but frequent visitor at the local gym, her muscles grow stronger and leaner, her knees no longer ache and she can squeeze into a smaller dress size. Maj begins to blossom. But secrets are piling up and before she knows it, Maj is tangled up in a bunch of revelations that bring things to a head.

Champagne, exclusive wines and delicious food enjoyed in the company of one's nearest and dearest, what more can a woman ask for?

Gorgeous May is CT Karlsson's debut in the feel-good / romance genre.