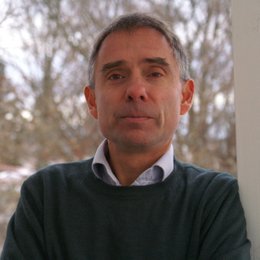 Fredrik Svanfeldt was born in 1963 in Stocksund, just north of Stockholm. He has an M.Sc. in Engineering Physics and his day job, when he is not writing or running, is as a manager in the telecom industry. He lives in a detached house in a leafy, tranquil suburb with his wife and their two sons.

Fredrik has always been the sporty type and ha enjoyed P.E. since school.

Even though he has a very technical job, he has always liked to write and has, for many years, had a hunch that he would eventually write a novel.

After discarding several ideas, he finally landed with a topic that felt right. He was adamant he wanted to write about something he knew a lot about and could contribute in a special way, and that topic was long-distance running.

and was a part of the Swedish elite. In the last couple of years, he has

reduced his running to a more comfortable exercise level, but is still

involved in the sport as he coaches the runners in the local athletics club.

Johan Dahlberg - A young man with a college degree and full-time employment has been sentenced to a three-year prison sentence. The book describes his life in the prison, the contrast to the other prisoners, and how Johan recovers from a depression by being given the opportunity to run on a treadmill in the prison gym.

Johan’s exercise regime gets increasingly more advanced and the reader gets to follow the difficulties he meets when he tries to prove that he can excel in something. In parallel, the story describes why he was sentenced to imprisonment in the first place and how he evolves as a human being during his time in prison.

In addition, the reader will learn a lot about long distance running, including how athletes can develop and what is needed to succeed at elite level.

Sentenced to run is an inspiring novel about long distance running. 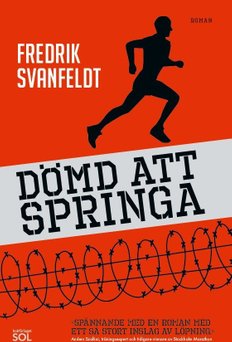 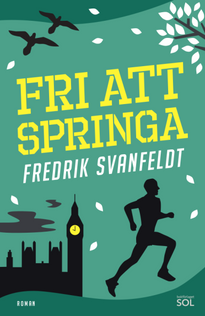 In FREE TO RUN, the story about Johan Dahlberg continues. The book will be released in Sweden in April 2018.

Only a few months remains before Johan Dahlberg will be released from prison and it's time to think about the future. But how do you return to a normal life after two years behind bars?

When Johan gets out he does his best to balance work with a continued focus on running. The question is if he can find new goals after having exceeded all expectations. Hansson, his friend and trainer, defines a plan focusing on the London Marathon. At the same time love unexpectedly makes an appearance in his life, namely Sara, his colleague at work. Johan doesn’t dare to tell her about his background and finds himself more and more entangled in a situation he doesn’t know how to escape from.

Free to Run is a novel about friendship, love and running, and is a stand-alone sequel of Fredrik Svanfeldt’s acclaimed debut novel Sentenced to Run.

“The story about how Johan tries to build up a life outside prison and about his romantic relationship is so exciting that it’s difficult to stop reading. I really recommend this book - both to general readers and for those that are interested in running.”